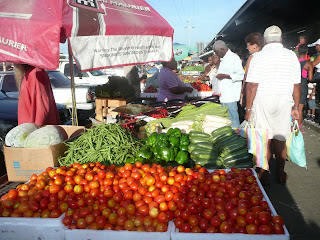 You need to get up early in the morning to visit the Open Air Market in Trinidad. Jesse James picks you up at your marina at 6:30 AM! On this day I had little shopping to do but instead wanted to take some photos - and of course have some fresh doubles for breakfast. The line is so long for the latter at the most popular spot that we haven't always had enough time to get them. 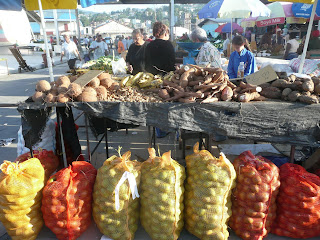 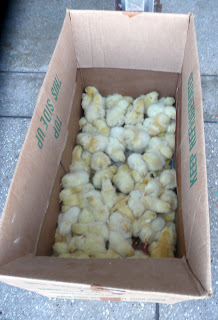 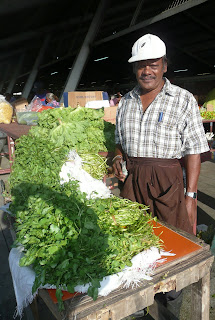 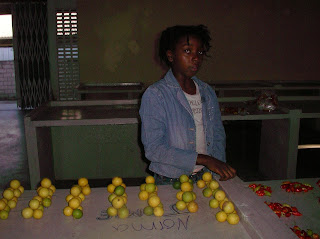 There are hundreds of stalls selling produce of all types. Many specialize, only displaying a few items. For example, green herbs are often grouped together; thyme, celery tops, shadow bene (like cilentro) etc. One person was selling baby chicks. 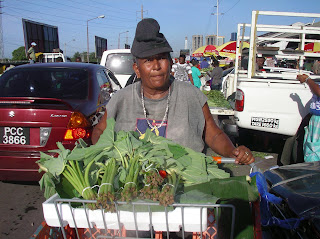 Another table might have various size piles of seasoning peppers - very pretty arrangements of small green and red peppers, some mild and a few hot. Potatoes, yams, and onions might be grouped together on a number of tables competing for the same trade. Pumpkins are very popular throughout the islands, usually sold cut up. The woman to the right below is selling calaloo leaves only. When she saw me taking pictures she asked to be included. On the other hand the young woman on the left was carefully constructing little piles of limes and although she agreed to be photographed, she certainly doesn't look happy! 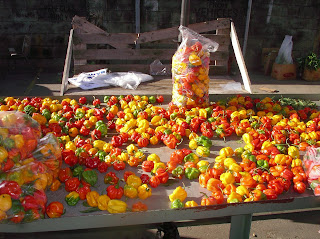 My first purchase was some lettace and watercress from the man above right. Later I bought a cauliflower from one woman and some zucchini from another. Twelve seasoning peppers (see them just below) were enough for me with three little cucumbers thrown in.
Of course I needed a little sustenance to carry me through. The two doubles stands are in the middle of the market, between the produce and the fish/meat areas. 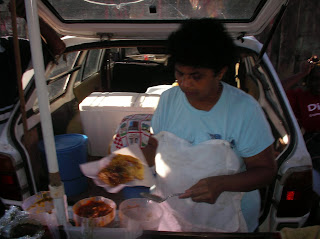 Both have their admirers; I prefer the woman (seen here making one up for me below on the right). A double is two fried dough pieces about 6 inches in diameter filled with chickpea curry. Various condiments are added, varying slightly per vendor. These had a tamarind sauce, green mango chutney and "green" sauce (mostly shadow bene). 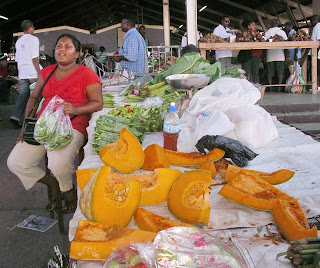 I have my breakfast ones without hot sauce! It's a long wait as each one is made up individually and most people order two or three! These are yummy - take my word for it, or come to Trinidad and try one. 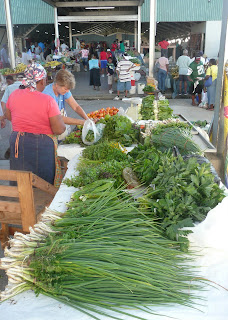 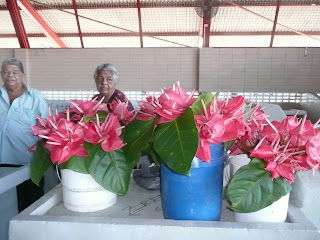 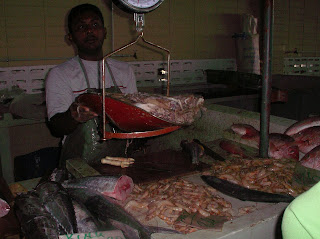 After my breakfast I can handle the meat and fish market. Everything looks pretty clean and fresh but there are a lot of cuts of meat that aren't very attractive. Lots of varieties of fish are on display, or parts of the fish, plus shrimp, squid, octopus and crabs. 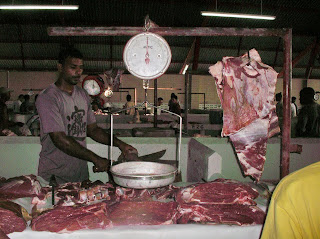 These last are caught in the mangroves and look very different from our salt water crabs, more like hermit crabs. Big slabs of meat and offal hang from hooks and are custom cut. I generally only buy stew meat at these markets but it is possible to buy a whole beef tenderloin for example. The prices are fixed not bargained and cheaper than in the supermarkets. 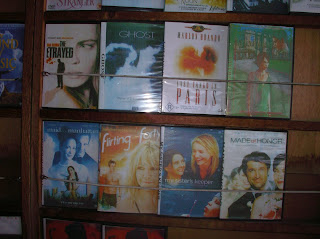 In addition to the meat, fish and produce, vendors sell clothing, toys and household goods. Pirated DVDs and CDs are a hot item for sure. Popular singers and athletes urge Trinis not to buy them, but there are a lot of them on display. The cost is $10 Trinidad dollars, or about $1.75. Some copies are quite good. With others you might get a person standing up and leaving the row in front of you on the screen!

On the way back to Chagaramus we also stop for just a quick visit to the HiLo Supermarket. Jesse has a number of supermarket trips organized during the week and I like the Tuesday run to the Circular Mall and Malabar Meats. We leave at 9:30 AM for this trip, a much more civilized time of day. It also gives me time for my laps in the pool. I try and do a half hour each morning at about 7 AM. The water is the coolest in the morning for exercise and the pool is still in the shade.

We're back at the pool at sometime after 4 PM for another swim, and a beer or cold drink. This is a good time to meet some other cruisers or guests at the hotel. After sundown we can return to a cooler boat. The heat here is the hardest from 11 AM to around 4. The evenings have been very pleasant and we sleep quite comfortably.

We've been interviewing contractors for two projects; varnishing the interior of the boat and new curtains and pillows for our stateroom and the salon. All of them were recommended by YSATT. We really liked Pat & Fred from General Upholstery and Draperies and decided right away to have them sew the curtains. Both the varnishing companies seem very professional and reliable so we're waiting for their quotes before deciding. This latter project will be a very expensive one. We expect it to be completed during our time home so they will have the keys to our boat during our absence.

We've decided on hauling the boat at Coral Cove. We looked at Power Boats as well but they use the measured length of the boat to calculate costs and Coral Cove uses the documented boat length. With a big bow sprit and dinghy davits the difference for us could be as much as 7 feet! Our appointment is Thursday at 10 AM. We'll stay on the boat that night and then clean and close up the boat on Friday, staying at a motel unit on premises Friday night. Jesse is picking us up at 5 AM Saturday morning for our flight home.
Posted by Scott Garren and Heather Shay at 9:34 AM