Well we tried to head south...but ran into a major snag. During our visit to Glouchester we took a sail over to Salem Harbor on 8/20 with Gail, her friend Marge, Harvey, Carol and Jonathan. We were maneuvering in a packed harbor to pick up a mooring when suddenly the boat stopped responding to the wheel and throttle.
"Turn right!", Scott shouted from the bow.
I explained and a quick swim (after shutting off the motor) confirmed that the shaft had pulled out of the engine. We were lucky we didn't lose the propeller. We anchored quickly but it wasn't a good spot. Luckily the Mid Harbor launch crew towed us to a mooring for the night and Bill drove down and picked us up. 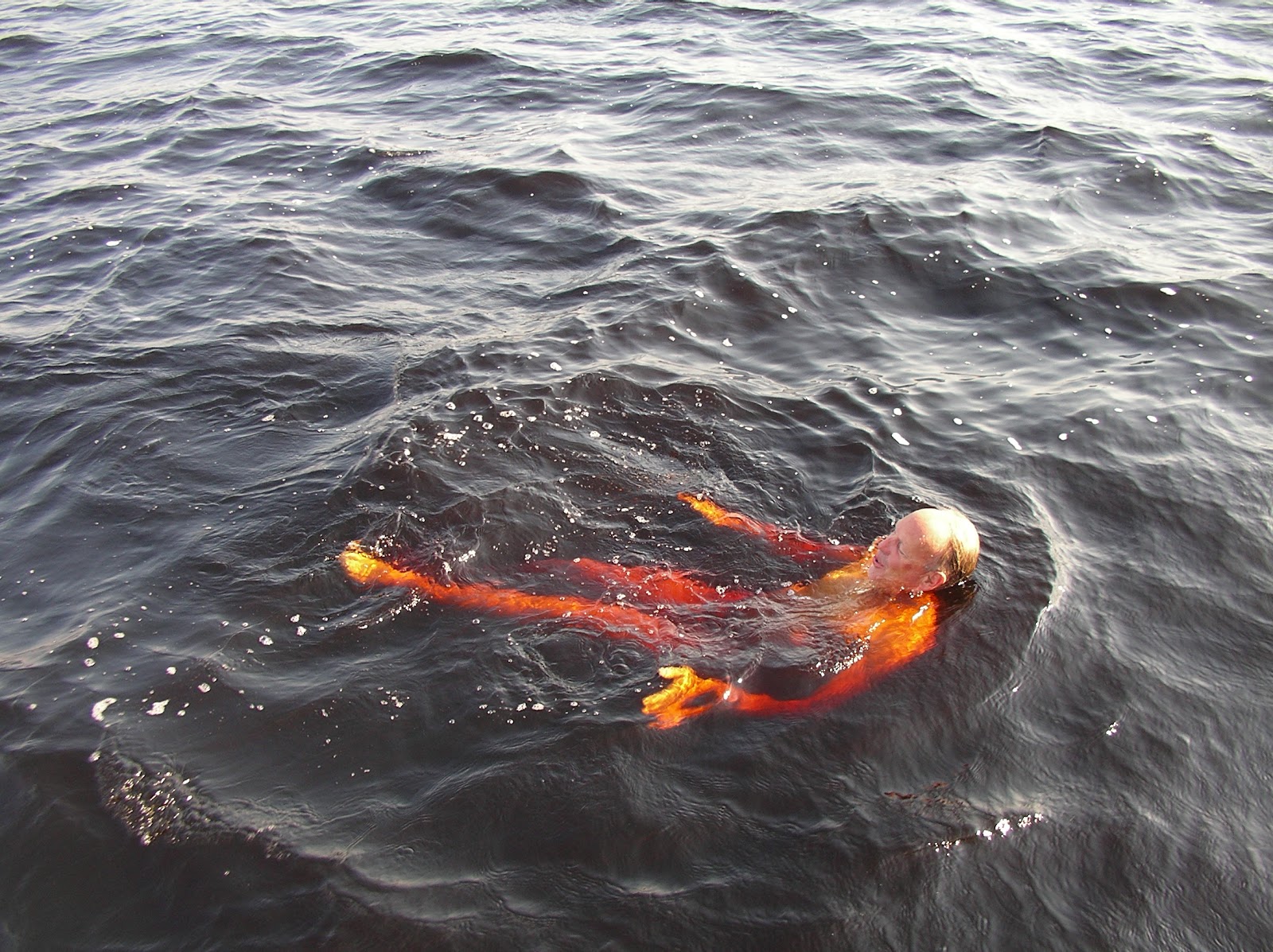 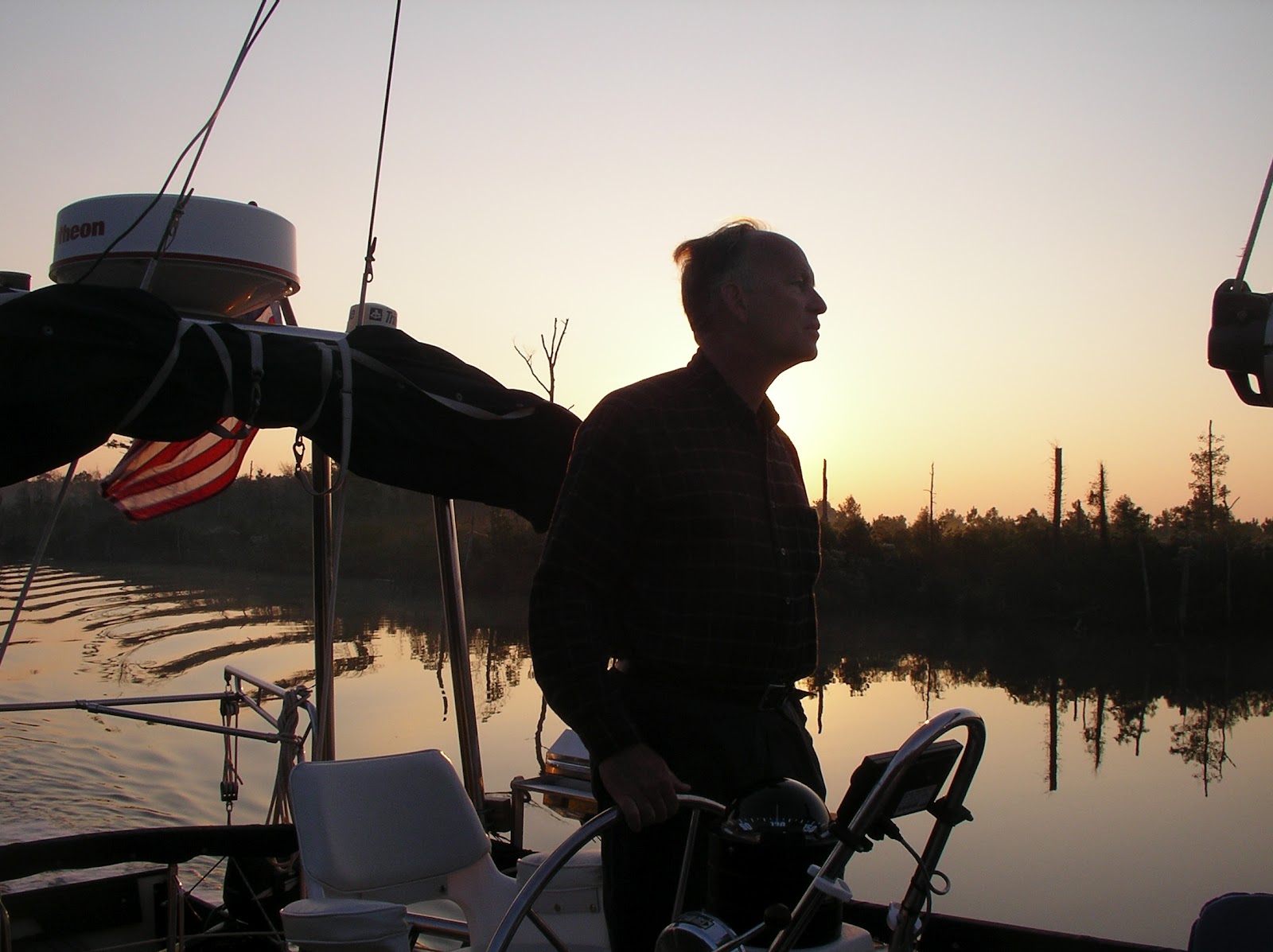 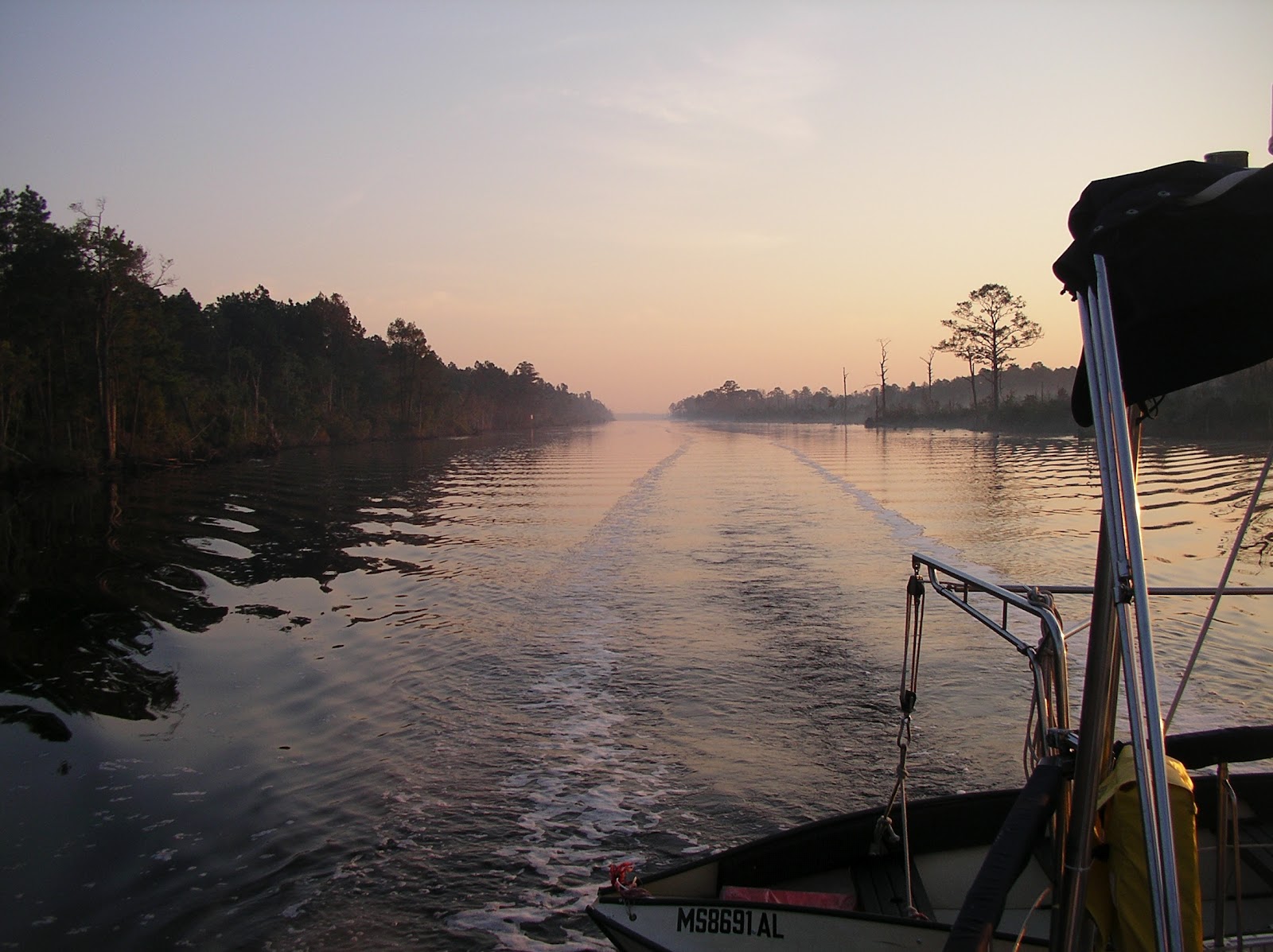 We couldn't have picked a better spot to have this happen. The Dion Boatyard was in Salem and we were hauled there. H & H Propeller was located right next door. It took a month to grind a new shaft and install it but on 9/22 we had the boat back in the water. We didn't know it then, but problems with the propeller were to haunt us for the next several years until we finally replaced it. It was too small for the boat/motor - although the recommended size by the manufacturer.
We had to be in Annapolis by 10/4 for a 3 day Weather Seminar run by the SSCA so that put us on a tight schedule. After a few days at Brown's provisioning and making small repairs, we were off on an two night sail down to Newport, R.I. The first night I had some nervous moments entering the Cape Cod canal in the dark. A few minutes later I was in the center of the canal approaching the first bridge, confused by the bright lights everywhere when a huge barge came straight at me from under the bridge. Wow - did I turn that boat fast for the edge. The rest of the clear moon lit night was lovely and so was the next one.
We anchored off the Ida Lewis Yacht Club on 9/28. The next day a gale was expected and at the harbor master's suggestion we motored over to mooring #3 further in the harbor - top winds of 29 knots, not so bad and it cleared up that night. So the next morning we were off again and anchored at "The Gulf" behind Charles Island, CT, a lovely spot. An early start got us all the way through the East River, going 11 knots at time with the current, through the harbor and all the way to Sandy Hook, NJ. The next morning we did an overnight down the NJ coast rounding Cape May at 6am and up the Deleware River. It was a beautiful clear night and we had a positive current most of the way up the river - very different from our horror story fly infested first time doing this. Scott Free was in a slip at the Summit North Marina in the Chesapeake and Delaware Canal by 2pm 10/3. They had a courtesy shuttle for shopping and I did 4 loads of laundry. Scott cleaned the boat and we left again the next morning and by 6:45pm we were following racing cadets from Annapolis Naval Academy into the harbor. We anchored off the academy but a few days later moved the boat up to Weems Creeks when the weather turned bad.  Our meeting with Jimmy Cornell one morning was a challenge as we tried to dinghy to it in terrible conditions and were so late, he took another client. Happily he accepted our apologies and we had 1 and 1.5 hours of his time discussing our plans for cruising. He gave us a lot of good advice and was such an interesting person to talk to. Of course we attended the boat show, the SSCA Gam as volunteers this time and the Weather Seminar. Luckily the weather improved and we were able to return to our closer anchorage. It was a full week.


On 10/13 we pulled anchor and headed south again to Solomon's Island where we found a tight but quiet spot to anchor for two nights to do some shopping and laundry. The next leg was to Deltaville, sailing all the way but finding some rough water off the Potomoc River before entering through the narrow twisting channel to the anchorage off the Marina where we'd been before. We enjoyed guest privileges there the next day using their courtesy car and bicycles to explore and shop. We were also able to fill up our water tanks at the dock.
The next few days we moved fast, anchoring off Hospital point, Coinjock Marina and our favorite, Tuckahoe Point, all with sunny warm days and a nice breeze.
The Alligator River was so beautiful, many photos here, and we saw 2 bears in a tree! Our next anchorage at Broad Creek at mile 74 was nice until the mosquitoes arrived - first time for awhile that happened. Still sunny and warm the next day to Morehead Yacht Basin where we used another courtesy car to the supermarket and Boater's World. We stayed there two nights and I did loads of laundry and cleaned. Walked over to Beaufort and had dinner one night - scary walk over the bridge in the dark.
On 10/23 we made it back to Beach House Marina in Surf City but left the next morning as the weather was deteriorating and we had to make some decisions. A hurricane was heading up the coast and after much deliberations we decided to go out of our way up the Cape Fear River to Wilmington, NC. We got a spot on the town dock and tied up carefully. This is a beautiful town and our two days there were all too short. We were very impressed with the architecture, restaurants, shops and nice people.
Posted by Scott Garren and Heather Shay at 8:47 AM 0 comments