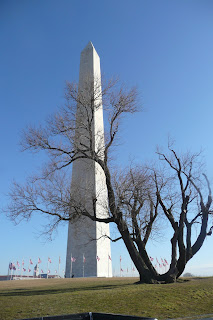 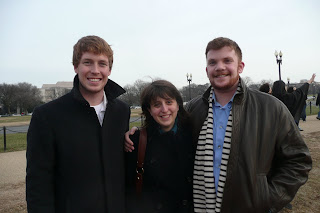 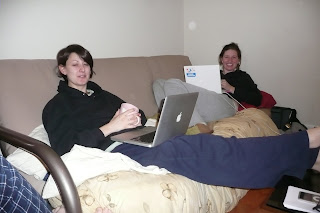 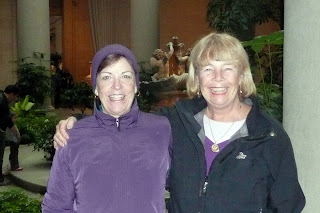 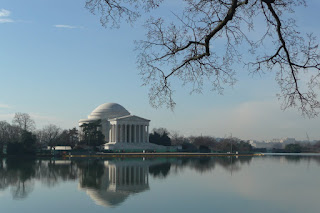 Also alone one morning I visited the National Gallery of Women Artists in their beautiful converted Masonic building. The permenant collection is very interesting but unfortunately I was between special exhibition dates. Paula and I also spent time in the Museum of Native Americans and were impressed with the huge variety of work there. We really only had time for one floor.
Posted by Scott Garren and Heather Shay at 10:54 AM 0 comments 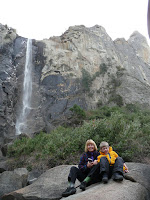 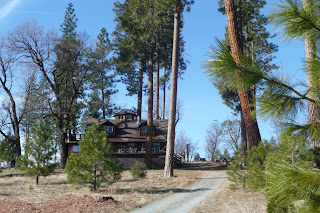 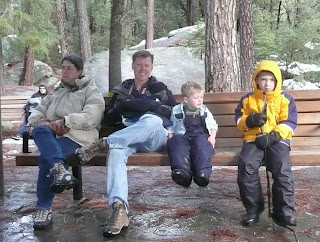 On December 30 we flew to California to spend eight days with Zoe, George, Nick & Tommy. We rented a beautiful chalet in Yosemite Valley over New Year's and enjoyed this magnificent national park in Winter with them. The place was in Forresta, a little known private enclave of homes within the park. They are just off the great meadow with the big red barn. This is on the old road into the park on the site of the original Inn where the first visitors stayed. A huge forest fire twenty years ago wiped out more than half of the homes, but a number were rebuilt.
It was a lovely place with a spectacular view, far off in the distance, of the Half Dome. A small cupola on top, reached by a steep ladder, gave 360 degree vistas. Our two grandsons particularly loved that! 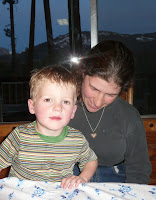 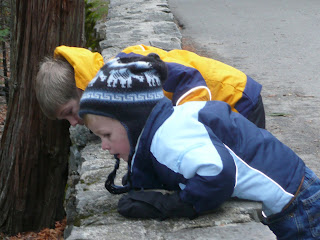 We cooked most of our meals there and hung out in the comfortable living room playing games and reading.
Nick adores his time in the snow each with us. Unfortunately this year there wasn't much around the floor of the park, or at our chalet. We drove up to the highest pass on the road in and spent an afternoon in deep snow, sleding, building snow men and forts. Of course a lot of snow balls were thrown! We walked up to Bridal Falls (that's Nick and I with the Falls above) and into Mirror Lake, the latter took us all morning, luckily we brought a picnic lunch. The road in was iced over and tricky walking. There was more snow at this end of the Valley and the temperature much lower than at our house.
On almost every bridge we crossed over the boys and I played Pooh Sticks. For those of you unfamiliar with this game from Winnie the Pooh, you throw a stick into the water on one side of the bridge and then rush over to the other to see it make it's way down the stream. It's sometimes played competitively but we didn't. 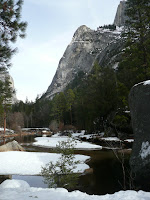 We took a park bus back to our car afterwards. That's Zoe, George, 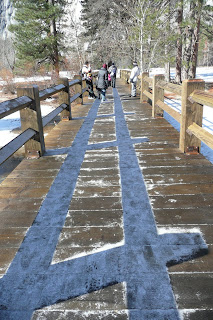 Tommy and Nick waiting for the bus above. They drove back to Palo Alto the last morning and Scott and I stayed to do some more walking in the Valley. We took the Valley Floor trail and also went up to Yosemite Falls. In the morning crossing the valley we found a strange and beautiful phenominon; in the shadows, the ice had not melted, creating in the photo showed here an ice painting of the fence on the bridge. 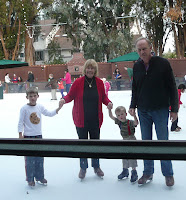 We stayed for another four days visiting with them. One highlight was going skating with Tommy and Nick. Nick had been before and was terrific. It was Tommy's first time. That's the four of us on the ice. We really enjoyed visiting their schools and Scott and I also went into San Francisco one day and saw the King Tutakamen exhibit at the new Art Museum in Golden Gate Park. We loved visiting Nick and Tommy's schools too. 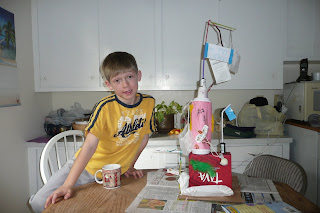 Nick went to Cub Scouts during our visit and made this spectacular sculpture! Zoe's sister Kyrie is his Cub Scout Leader. This brought back many memories to me as I led a Camp Fire Boys and Girls group for nine years with Sean.
Then Scott flew back to Trinidad and I went on to San Diego to visit friends there for a few days. David Wood, Pat & Brian Armstrong and Sandra Francour played host/hostesses to myself and Pam Pinsky. Harpal & Jeannie Dharma drove down from L.A. for an evening as well. 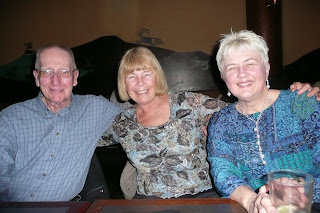 We spent one day in Balboa Park at the Mingei Musuem and the Museum of Photographic Art. We really enjoyed the special show of Indian folk art at the former which combined sculpture, painting, photos and film. Sonabai Rajawar, a sculptor who came to Mingei in 1986 to exhibit her art, was an untrained artist who lived in total isolation for the first fifteen years of her marriage, creating a style of sculpting previously unseen anywhere in India. 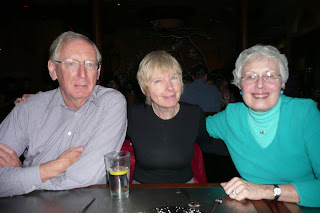 Her work is whimsical, delightful and imaginative. She has subsequently been given the highest award that any Indian artist can receive and has engendered a whole ‘school’ of art, consequently changing the entire economy of her remote village. Another beautiful exhibit there was the wondrous sea creatures knitted and/or crocheted of color-coated copper wire by renowned San Diego designer craftsman Arline Fisch. The shadows they created against the walls added a whole other dimension to the pieces.
.
Posted by Scott Garren and Heather Shay at 6:20 AM 0 comments

Email ThisBlogThis!Share to TwitterShare to FacebookShare to Pinterest
Labels: California 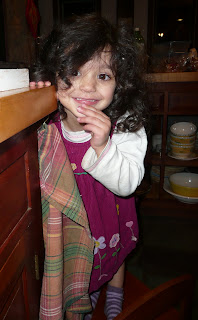 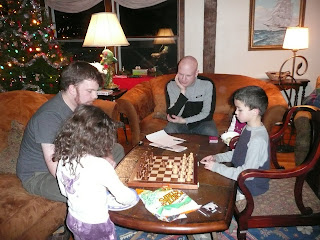 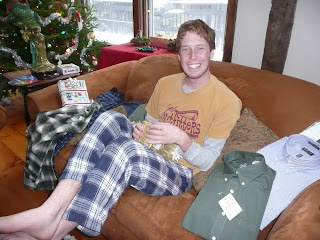 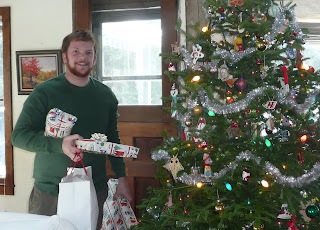 When last you heard from us we were leaving Trinidad for the holidays at home in Vermont. Thanksgiving and Christmas were both marvelous with all but our daughter Zoe and her family present. Our oldest son Josh, his wife Michal, and their children, Daniel, Ariella and Maya came for both holidays and in fact were still enjoying themselves in our home when we left it! 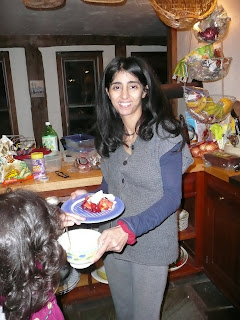 James and Sean drove up from Washington DC for both holidays as well and Scott's brother Brent and his wife Wilma were able to make it for Thanksgiving. This was a late year for snow in Vermont. For the first time in our memory not one mountain opened for Thanksgiving weekend. It was mid December before there was enough snow and cold weather. Scott and I didn't ski AT ALL! 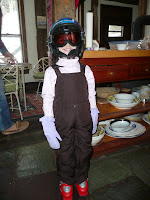 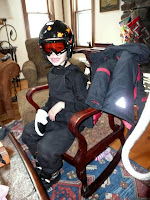 That's the first winter for me for 41 years. Josh, Daniel and Ariella did however, that's the latter two under all that ski clothing! We did however play lots of games and make jewelry & bead work. Daniel is already a formidable chess opponent. That's him playing with James, Josh looking on above.
We had our annual Holiday Open House at our friends Karen & Ted Martin's home in Winchester. This allows us to catch up with our old friends around the Boston area at least once a year. I started giving this party with my first roommate in Boston, Juanita, in 1969, so this was the 40th year.
Afer
Posted by Scott Garren and Heather Shay at 6:04 AM 0 comments