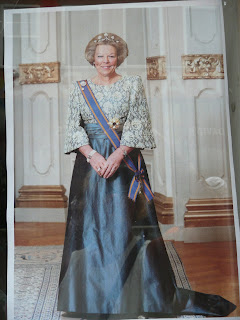 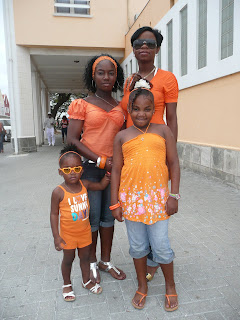 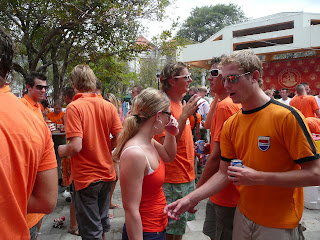 It's an Orange Thing! 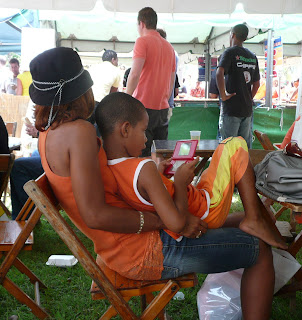 This national holiday is celebrated not only in the Netherlands but on the islands of the Netherlands Antilles; St. Martin, Aruba, Saba, St. Eutstatis "Statia", Bonaire and Curacao. It is the actual birthday of former Queen Juliana but Queen Beatrix, at her Ascension in 1980 wished to continue the holiday on that date as a mark of her respect for her mother. 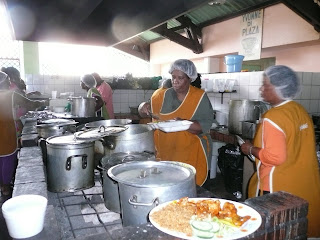 It was first celebrated on August 31, Queen Wilhelmina's (Queen Beatrix's grandmother) birthday, when she was only a princess, but at the death of her father King William III it became a national holiday. That was in 1891. The color orange symbolizes national and royal pride in the family name - The Family Nassau - House of Orange. The Netherlands has been a monarchy since the French were driven out of the United Netherlands in 1815, but royal powers were limited to a parlimentary constitutional monarchy in the 1848 Constitution. 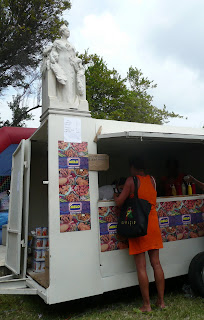 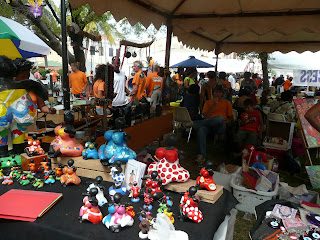 Most people wear something orange and some people wear everything orange. The holiday is celebrated with parties, street markets, concerts and special events. It's a combination of giant flea market, state fair (without the animals) and non stop live concerts. Fun, fun and more fun! 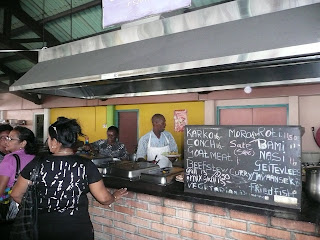 For the children there are amusements, games, and street food. For the adults there are open bars everywhere and shopping of every kind. Stalls with food, drink and a multitude of goods line every street in Willemstad. Cars are not allowed in town. Stages are set up in various locations for bands. 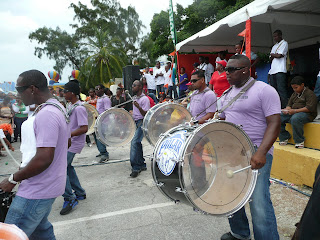 There's nothing like a little green to set off all that orange and our favorite was the Mojito stands. To find one just look for the long lines. It takes a while to make these from scratch. Lots of fresh mint gets muddled in the bottom of the glass with sugar syrup, then ice and rum. Delish! 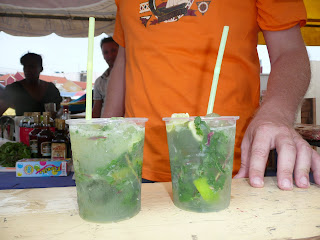 After a few of these, while watching some great drum bands (lots of choreography), we were ready for some lunch. Luckily a local "food court" was nearby. Lots of choices! Scott had conch meat with "funchi", sliced corn meal mush fried up crisp, local veggies called "provisions" and salad. I had the mixed grill, chicken, ribs and pork with "moro", fried rice and beans with the same provisions & salad. Happily they added fried plantain to mine. Needless to say we couldn't finish it all - even Scott!
Posted by Scott Garren and Heather Shay at 4:45 PM