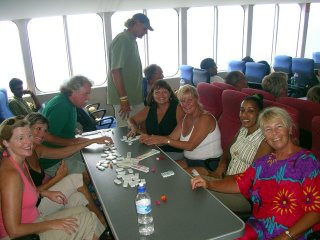 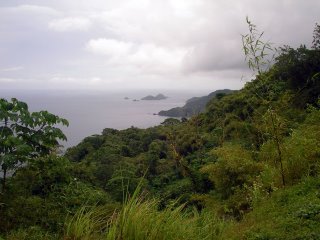 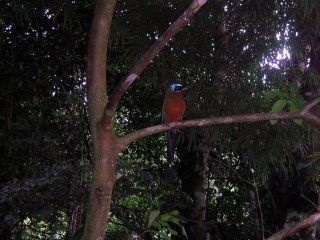 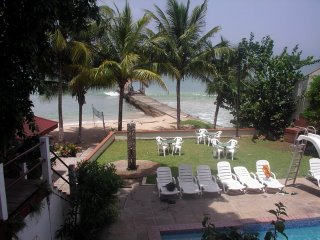 Email ThisBlogThis!Share to TwitterShare to FacebookShare to Pinterest
Labels: Tobago 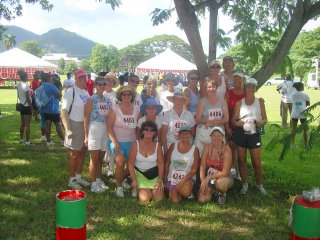 Weeks ago I and seventeen other cruiser women signed up to participate in a Trinidad Tobago Breast Cancer Awareness Walk/Run on September 9 in downtown Port of Spain. This was a 5K course around the historic Queens Park area and over 4, 000 women took part. We gathered at the start in a huge athletic field and did some preliminary exercise/stretches. The race began at 4 PM after the worst heat of the day but there wasn't a cloud in the sky and the sun was still very hot. We all drank several bottles of water before even starting and refueled at water stops along the way. There were several starting locations for independent entries, corporate entries and mother/daughter teams but it was still really crowded for the first five minutes. I started off with one women but became separated after a while and walked/jogged alone. What a wonderful feeling to be among so many women, all gathered in a great cause, many of whom were survivors themselves. The route was very scenic and at least half the time in the shade of trees so the time passed very quickly. My final time was 46 minutes - not too bad as I haven't been doing a lot of walking here. All of our friends finished the race, one in 36 minutes (and one in 70 minutes) and everyone was excited and feeling fine. Various sponsers handed out feebies at the end, the yougurt, cookies and cold drinks were particularily welcome. Scott, the only man to come along, took pictures of us all and cheered us on. The local news station filmed interviews with Scott and Diane from "Cloud Nine" who organized the group and is a 11 year survivor herself. Both interviews were featured on the evening local news. It was a memorable event!

Posted by Scott Garren and Heather Shay at 1:18 PM